Can you tell the difference? 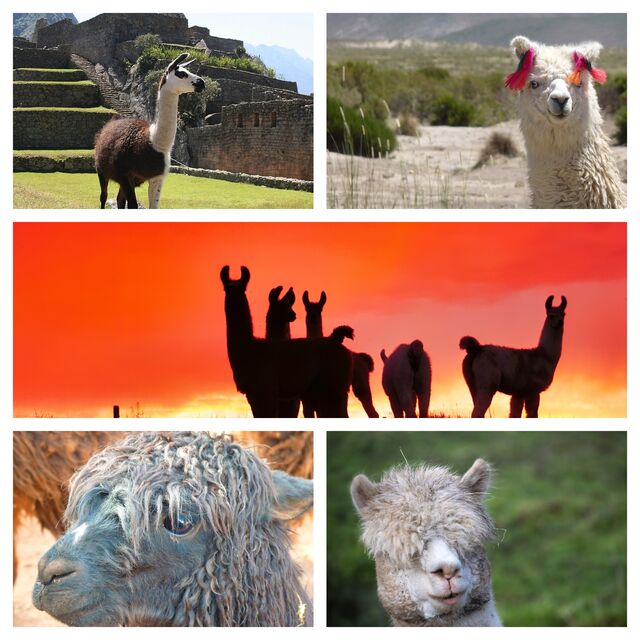 So you ask, "What is the difference between Alpacas and Llamas or Alpaca vs Llama?"

Let's take a deep dive into it! Although belonging to the same family, alpacas and llamas are different but also the same in many ways. Here are the primary similarities.

Both alpacas and llamas spit for several reasons. Dominance battles are nearly every day. Males of the herd will spit, kick, headbutt and ram into each other to determine who is more dominant. They live primarily in a pecking order, where the type A personalities regularly rule the herd. They like to form packs, with dominant males protecting females and their offspring. Females also spit at other females, primarily over food fights. Being a little rough with you can signify that an alpaca or llama accepts you as one of their herd; this isn't a good thing, however. You'll want to establish dominance over them if you want them to follow your commands and not spit or behave aggressively when given instructions. Generally speaking, a spit test is said to be a perfect way of determining pregnancy in a female; she might spit at a male who tries to mate with her, especially if she's indeed pregnant.  Both alpacas and llamas are gentle, peaceful, playful, and intelligent species. They're popular on family ranches since they present no danger to children or livestock. Both alpacas and llamas are measured by withers, meaning their height starts at the top of their shoulders rather than the top of their head. Since the latter measurement form can change whenever the animal moves its head, the shoulder measurement is considered more stable and accurate. When you look at pictures of alpaca and llama skulls, you'll see that their shapes are almost identical. Alpacas and llamas come in a variety of colors. They can be white, black, grey, brown, beige, reddish-bronze, appaloosa and harlequin.

The differences in the animals include face and ear shape, hair texture, size, function, and population. Alpacas have very furry faces that give them a soft, teddy-bear-look appearance. Their funny faces, which are shorter and rounder, sometimes look like chubby cheeks, but that's genetics or how the shearer uses his electric clippers. While an alpaca's face might resemble a stuffed animal, Alpacas have very soft and luxurious fur. It's often compared to wool or cashmere, especially in warmth. It grows so thickly on its body that it needs shearing every spring to prevent the alpaca from overheating. Alpacas have trouble regulating their temperatures, especially newborns." The fiber of an alpaca is very soft and delicate. It measures 18 – 30 microns and is excellent for sweaters, socks, mittens, scarves, bed covers, and anything worn close to the skin. It doesn't contain any lanolin, so it isn't waterproof, but the lack of lanolin also makes it hypoallergenic. Alpaca tails can be short and fluffy or long and curly. They hang down from the alpaca's back. Alpacas can have flat or rounded backs. It can be hard to tell their exact shape because of the thick layer of fur covering them, but both are common. Alpacas are shorter animals. They can measure anywhere from 80 to 100 centimeters (32 – 39 inches) and usually look thicker and stockier, thanks to all of their fur. In addition to their shorter stature, alpacas are also lighter than llamas. Their average weight is around 150 pounds, but they can range anywhere from 100 to 185 pounds. There are two types of alpacas: Huacaya alpacas make up around 90 per cent of the alpaca population. Huacaya alpacas originated in the high mountains of the Andes, where it's frigid, so their heavy fur was a matter of survival. Suri alpacas make up the remaining 10 per cent of the alpaca population, with their fur made of long, fine fibers. Originally a thriving species, their numbers were a whopping 98 per cent when the Spanish invaded the Andes mountains in 1532. Alpacas had to move higher into the mountains to survive. Alpacas aren't very good trekkers. They're too skittish to be comfortable around large groups of people and are more nervous than llamas; historically, they are not working animals. They're easily startled, and when threatened by a predator, they'll lump together in a defensive group rather than attack the outsider. Individual alpacas like to perform tasks if trained, but manual labor isn't their calling.  Llamas are more confident and independent. They'll chase down a predator on their territory and don't mind detaching from the herd. Llamas can even be used as sheepdogs to guard a pack of alpacas. Alpacas exist for one purpose: their fur. It has been considered a commodity for thousands of years, and humans have gotten quite good at breeding specific types of alpacas based on the length, color, and texture of their fur. Some people also breed alpacas for meat, especially in Australia, but this is less common than selling their soft, luxurious coats. Alpacas are native to Peru.

Llamas have longer faces with more chiseled features. Their fur is shorter; it might look like hair rather than a luxurious fiber. Llamas have longer, more curved ears, which are banana-shaped because they stick up and angle over the head. A llama's face is more likely to remind you of a horse or camel. Llamas also have a soft layer of fur, but it's underneath a coarser topcoat.  There's a difference between the fur on their bodies and the fiber shorn for commercial purposes. In the latter case, it stops being called "fur" or "fleece" and starts to be known as "fiber". Llama fur is thicker and coarser, so it is not for clothing. Common uses from the top layer are for rugs, ropes or wall hangings; the undercoat spins into thicker kinds of yarn. Llama tails tend to be shorter and straighter than alpaca tails. They usually stick up instead of sloping down. While alpacas and llamas have long, giraffe-like necks, there's a fundamental difference when you reach their faces. Llamas, on the other hand, have very visible jaws. They jut out from their faces like horses or camels, with minimal fur covering them.  Llama skulls are a bit more elongated than alpaca skulls, but that's it. The only real difference is that one jaw gets hidden by fur and one doesn't. Llamas usually have broader, flatter backs. They have been known as working animals for centuries, and one of their most common tasks is carrying cargo. Llamas are a head taller than alpacas. They measure between 106 and 116 centimeters (42 – 46 inches), and they usually have a leaner appearance since their fur doesn't cover their bodies. Llamas are twice as heavy as alpacas. Their average weight is around 400 pounds, but they can fall anywhere on the scale from 290 to 450 pounds. Llamas have a long tradition of being used by trekkers. They're smart enough to follow instructions and docile enough to be safe around tourists, so people often use them as porters, haulers, and cargo carriers. Llamas can carry 50 to 100 pounds for up to 10 miles before they get tired. They're comfortable handling up to 25 per cent of their weight. Llamas are also native to Peru, but since they've been used as beasts of burden for centuries, they spread through the world at a faster rate. They were a favorite of the Incan empire, so they traveled all over Ecuador, Bolivia, Argentina, Chile, and Colombia. Europe. Europe exported Llamas sometime in the 18th or 19th century, so they're currently found worldwide, just like alpacas. Llamas are similar to the Guanaco. Guanacos are smaller and lighter than llamas, but much more significant than alpacas and vicunas. They also share the llama's unique fur pattern; they have a coarse topcoat and a softer, finer undercoat.

Alpacas and llamas both belong to the camelid family, but they are two separate and distinct species. Alpacas are similar to an animal known as the vicuna. Vicunas are short and fuzzy, like alpacas, and they live in the high mountains of the Andes. Their fur is exceptionally soft. Hunted to near-extinction in the 1900s, they are back to a sizeable population. All four camelid species get mistaken for one another, especially since they share the same habitats in South America. However, each one is a distinctive species and a separate genus group:

There are more than seven million llamas and alpacas in their native South America. Their overall ratio to each other is probably the same. These are just a few differences and similarities between alpacas and llamas. Some of them are pretty subtle; others glaringly obvious once you know how to classify them. 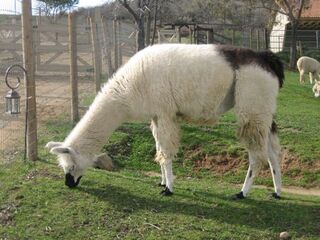 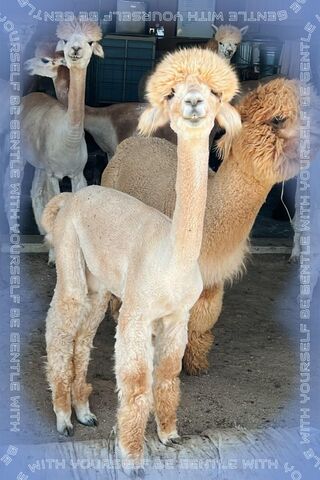 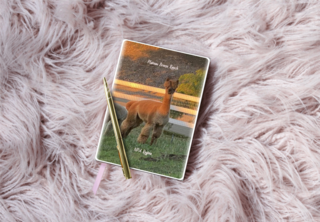